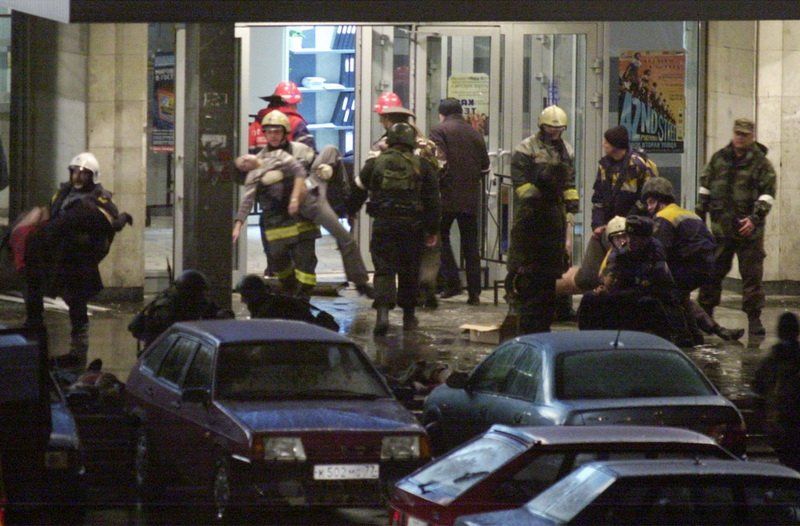 Carfentanil is a potent opioid, one of many molecules from the Pandora’s box of organic chemistry labs.  Derived from fentanyl, another synthetic morphine-like compound,  carfentanil has been deliberately introduced into samples of  heroin. Frontline emergency responders have been advised to wear masks and gloves to avoid ingesting minute amounts of the drug. It’s also been described as a substance designed to knock out elephants.

I will describe a couple of related stories from the research literature that have not been mentioned in the news recently, and of course since unlike newspapers, I don’t mind losing readers by dwelling on chemistry,  I will also take a closer look at the molecule. 🙂 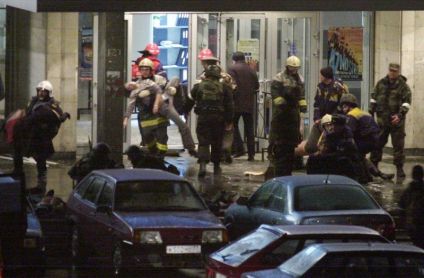 On October 23, 2002, more than 800 people attending a stage show in Moscow were taken hostage by about 50 Chechen rebels. After the latter threatened to blow up everyone in there if their political demands were not met, 3 days later, the Russian military stormed the theatre. To subdue the rebels, an unidentified “gas” was introduced through the ventilation system about 15 minutes before the soldiers moved in.  Things however did not go according to plan. After the “rescue”, the hostages had to be taken to the hospital. Due to wrong assumptions about the nature of the “gas”, many patients were given ineffective treatments and died. But a couple of doctors noticed that the patients showed classic signs of opioid intoxication: pinpoint pupils, unconsciousness and depressed breathing. The opioid hypothesis was supported by the fact that naloxone was able to save those who received the same drug that’s typically used in opioid-related emergencies. Later, the Russian health minister tried to assure the public that the  mixture used during the military intervention was not lethal. They admitted that the aerosol included an opioid, specifically a fentanyl-derivative (likely carfentanil). But convinced of the opioid’s harmlessness, they tried to pin the blame for all of the 127 deaths on the conditions experienced by hostages during the 3 days of captivity.

What else was in the opioid mixture? German chemists found it contained halothane, an anaesthetic, but that wasn’t the fatal ingredient. According to a report of three medical toxicologists from the Good Samaritan Regional Medical Center, the problem was rooted in the Russians’ underestimation of carfentanil’s potency. They had extrapolated rat models that did not apply to humans.  In addition, the Russians didn’t take into account that a ventilation system will not evenly distribute an aerosol.

What kind of a job does carfentanil do on large mammals? The Quebec Environment Ministry did a 10-year study in the late 1980s to 1990s involving carfentanil and free- ranging moose. A dose of 3 mg of carfentanil was mixed with xylazine and injected into 69 different animals. The xylazine was included to smooth out induction and recovery.  Although 3 mg represents only only 7.1 parts per billion for moose with an average mass of 422 kg, most animals slowed down in only 6 minutes and were immobilized in half an hour. Four moose however died. So if in reading the news you became under the impression that for large mammals carfentanil is innocuous, well the reality is that it could be lethal for them too even in small doses, albeit in a smaller percentage of cases compared to humans. As a result of the study, carfentanil is no longer used on moose, but is still mixed with xylazine on some animals who are less sensitive to minute amounts of the opioid.

Opioids can act on several opiate receptors in the central nervous system. To date there are three known varieties of such receptors known as μ , κ and σ. Carfentanil is a strong agonist specific to a pair of μ type receptors known as μ1 and μ2, leading to, among other things, intense euphoria. Interacting with μ1 also leads to analgesic effects, whereas bonding to μ2 leads to respiratory depression, which is the cause of death when the drug kills.

Carfentanil is more potent than fentanyl, which is in turn is far stronger than morphine. Fentanyl was first synthesized from demerol(pethidine)-analogues in the 1960s. Until that point pharmacologists were under the false impression that to act like morphine a drug had to have a quaternary carbon linked to an aromatic ring and to have that quaternary carbon linked to a tertiary amine via a pair of CH2 groups. But fentanyl has only a tertiary carbon, and it is not directly bonded to an aromatic group. It became the first drug to violate the so-called morphine rule, and yet ironically it was stronger than most of the opioids that stuck to the rule.

In contrast, carfentanil is like the traditional opiates in that it has a quaternary carbon, one created by the addition of a methyl ester group on that carbon—the only difference in structure between the two molecules. But like fentanyl, it still violates the morphine rule because the carbon is not directly linked to an aromatic ring.

Unintentional opioid overdose deaths in New York City, 2005–2010: A place-based approach to reduce risk Original International Journal of Drug Policy 25 (2014) 569–574 reveals that carfentanil was a factor in unintentional drug overdose-deaths in a study involving such cases in 2010 to 2014.