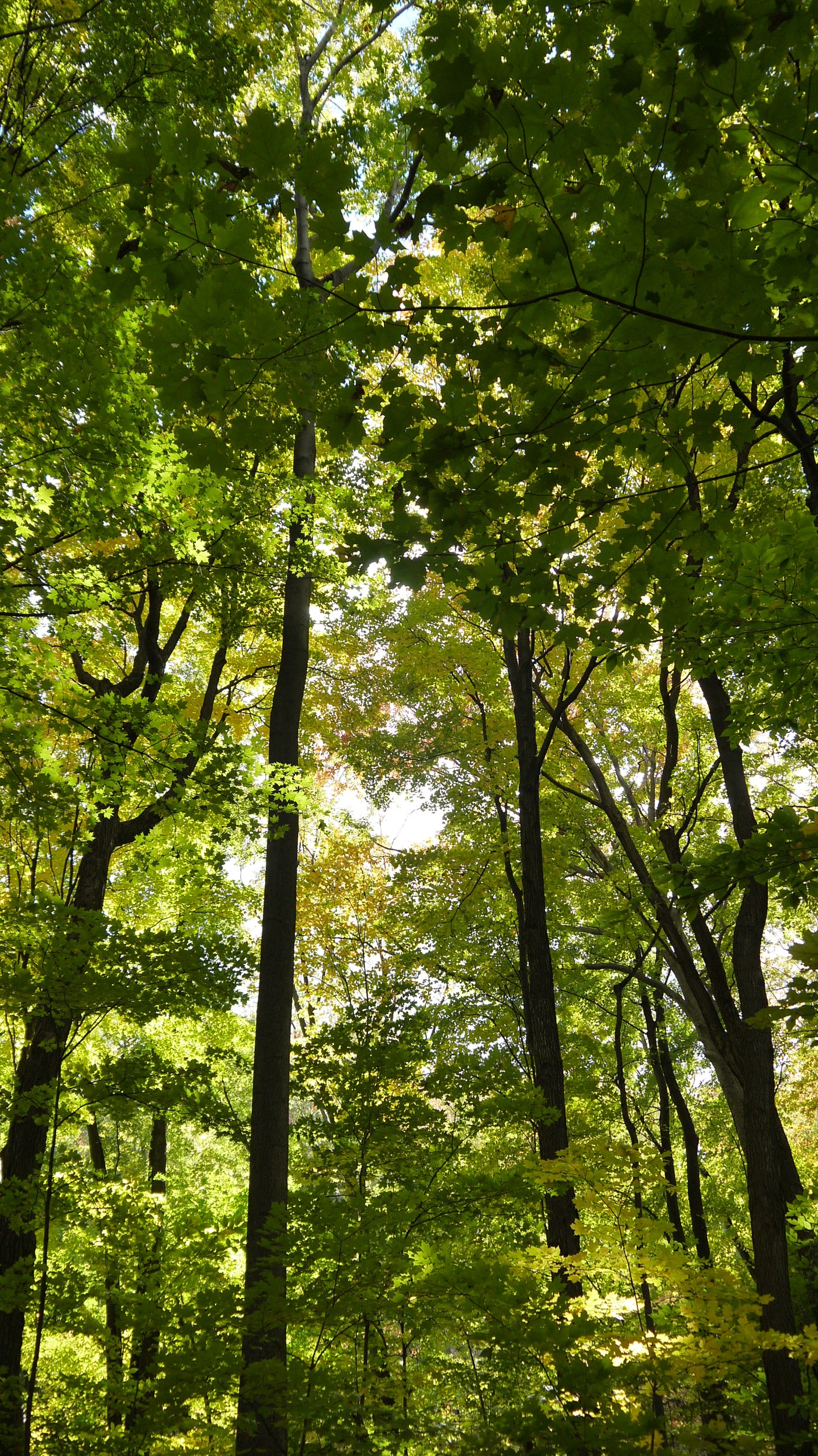 At the risk of sounding like a nineteenth century Romantic painter or poet, I feel that trees echo a part of the human spirit that otherwise remains silent in our day to day urban lives. Although their leaves exist to provide more surface area than what green branches alone would provide, trees assume a wide variety of hues in variable sunlight. Their matrices of lignin and cellulose form towering trunks spreading an intricate canopy over our view of the sky. From dawn to dusk, or from spring to autumn, the smells they evoke are not constant. With different wind speeds, a spectrum of rustling and swaying sounds are created. The symphony of colors, fragrances and sound waves of trees along with their imposing strength can interact with our memories and inner feelings. Although they are not of the intensity brought on by another human, trees evoke notes within us that no other living thing can replicate.

Existential issues aside, from the point of view of smaller organisms, a tree is in a sense its own forest. Over the ridges of the bark of some species, there are lichen—  algae and fungus, mutually helping each other* survive and serving as an indicator of pollution in cities. All tree-species provide niches and shelter for insects, birds and small mammals. Most trees would not survive if their roots were without the company of fungi known as mychorrhizas that help them absorb nutrients in exchange for carbohydrates.

And how they produce carbohydrates is a scientific wonder. Photosynthesis occurs in chloroplasts, structures which on a microscopic and evolutionary level reveal another partnership. A billion years ago, endosymbiosis, a process by which large cell engulfed smaller ones without killing them, led to the formation of plasmids. These evolved into the modern set of membranes and genetic material serving as the sites of photosynthesis in all plants.

The overall reaction of photosynthesis mocks what is actually occurring in the cells of trees: 6 CO2 + 6 H2O –> 6 O2 + C6H12O6 . Mix the reactants in vitro, and you would get nothing but carbonic acid! How does a tree or any plant manage to come up with a gas that is more often than not at the opposite end of the reaction arrow? How does it generate something sweet that flows through veins know as phloem, veins that the tree itself constructed from the same building blocks that it made with sunlight, with mychorrihizas’s transferred ions and the two official reagents water and carbon dioxide? Essentially through a network of cooperating cycles, chloroplasts absorb light frequencies in order to eject electrons from chlorophylls. These electrons are returned after they are ultimately taken away from water and transferred to molecules that use them to bond carbon dioxide. But the energy of the sun is not only invested in an electricity-like movement but in creating a voltage by temporarily isolating the hydrogen ions that also result when electron-yielding water splits into oxygen.

In the tropics there are at least 40 000 tree species but possibly more than 53 000. Temperate Europe, in contrast,  has only 124. Although forest cover has improved in Europe since the Middle Ages and has continued to do so recently, elsewhere on the planet areas with the most biodiversity have experienced the most loss. Here is a map showing which areas have done well and which haven’t between 1999 and 2012.

Landsat 7 data from 1999 through 2012 were obtained from a freely available archive at the United States Geological Survey’s center for Earth Resources Observation and Science (EROS).  More than 650,000 Landsat images were processed to derive the final characterization of forest extent and change.

From the vantage points of economics, carbon footprints and time management, it would make more sense for urban dwellers (now 54% of the planet) to access wooded areas as close to home as possible.

In the United States, Pittsburgh, formerly known as the Steel City, has steadily reforested its surrounding hillsides, which had been previously cleared for logging and mining. Currently, this new growth forest along with four large parks occupy 42% of the urban area in Pittsburgh. Not only do the trees help filter pollution, avoid soil runoff in the sloped areas, they provide citizens a chance to have their spirits uplifted in an alternative way.

One thought on “The Science and Spirituality of Trees”