When I was hired on a short-term contract basis to run some chemical analyses for a federal marine biologist, I was reminded again that not all scientists are happy with their careers. Discovering that lipids are the main energy source for arctic marine zooplankton is not exactly an earth-shattering revelation. Understandably, I learned through my supervisor’s associate that he was actually thinking of leaving research and getting into teaching. I automatically assumed he meant doing so at the college level, but it was high school that he had in mind.

That’s what planted the teaching idea in my brain. At the time universities in Quebec offered a one year graduate program that would certify you to teach the subject you majored in. I figured it was worth a try, and if I did not like it there was always the option of working for industry or doing a doctorate. There was one problem. At the time, due to the baby-bust, science teachers with as many as 18 years of experience were declared surplus. But that was no obstacle. An organization saw the “I’ll-work-for-peanuts-look” on my face and guaranteed me a job in Zimbabwe. I also seriously considered taking a position in the Northwest Territories. Luckily, I was spared machetes and billions of black flies, respectively, when no tenured teacher wanted to touch the job vacated by a lovely Montreal woman who adopted two babies in a row. 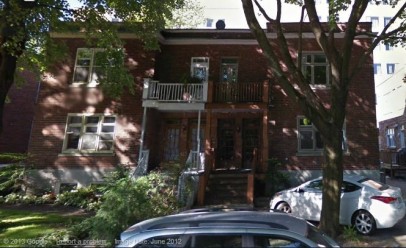 The school was set up in a quadraplex on a set of similar streets nestled between a drug haven and a rich neighborhood. It was being rented from a nearby hospital that was no longer using it as their family medicine unit. The doors had been soundproofed, but the original maple floors and wooden slide-up windows were intact. Each classroom had large tables and chairs all around. Some had movable blackboards and screens; others had been screwed into the walls. There were no bells, only teachers’ watches.

Our students, who had to pass an interview and provide references had dropped out of school for various reasons ranging from breaking and entering to teenage pregnancies to severe depression. What they all had in common was a willingness to mend their old ways. To do so, the 17 to 22 year olds had to cope with a tight structure that carefully monitored their attendance, punctuality and homework habits. Although some dropouts were lacking basic literacy and numeracy skills, others were up to par and wanted to go beyond the minimal requirements of a diploma; they wanted to acquire the math and science prerequisites to attend technical career programs in college. Since half of our staff had a science background, within a year of my arrival we were offering biology, two-year chemistry, physics and a version of precalculus.
Other Outreach schools in the city thought we were nuts.

We were missing a lab at first, but we converted the upstairs kitchen into a supply room and obtained a lot of chemicals from a school that had closed down. Acting as our own lab technicians, we set up small-scale experiments in baskets that could easily be moved around.

My hyperactive but talented friend who was dubbed the “blur with a mustache” had left the pharmaceutical industry at age 30 to teach. He woke up at 5 AM every morning, commuted 40 miles to work because his girlfriend hated the city, and opened the school before 7 AM. I arrived shortly afterwards along with keener students who would receive help with tougher homework problems. Each of us had a small office where we not only tutored but handed out contracts to kids who were not conforming to the structure.

By law in Quebec every child has to be in school until the age of 16. Since we only chose students who were at least that age, we could dismiss uncooperative students like the one who put out a cigarette on the back of someone’s hand or like someone who would break a third homework contract. But to get the funding to justify the 6.5 teachers needed to cover the range of required and elective science courses, we had to register 104 students in a building where the fire department had set a maximum capacity of 60. Sixty was also the pedagogical limit, given the personal attention each student needed.

Luckily, with the suggestion and cooperation of someone above us, we exploited a loophole in the system. The school could register 16+ year-old students who were not interested in attending but could write exams at the end of the year. The few who actually did show up occasionally took up less time than everyday students and received whatever help they needed. We called them “ghosts” and along with those who were dismissed early, they helped the surviving full-time, overtime-fifty to receive quality education. Over 80% of our graduates were accepted to college in the early years. Although two follow-up university studies did reveal that their college dropout rate was almost double the average, not all stumbled without our crutches. There is no long term data to back up the following claim, but my feeling is that we dramatically lowered the likelihood that our graduates would make the transition from delinquent to adult criminal or some other dysfunctional citizen. And what’s certain is that among our alumni there are teachers, legitimate entrepreneurs, a lab technician and a mathematician.

But indirectly, bureaucracy destroyed the program. First the provincial government decided that anyone over 17 and who had been out of school for at least a year had to attend “adult education”. Trying to capitalize on our success, rather than recategorizing our school, people decided we should be absorbing students other schools rejected and at any random point in the year. To increase the likelihood of failure—not deliberately– they took these additional measures:

(1) promoted effective educators and administrators to a level of inactivity.
(2) moved us into a regular school building.
(3) forced us to begin with up to 100 full time students.
(4) swamped us with 15 year olds who could not legally be dismissed
(5) pressured us to keep any 17+ year old, as long as they did not mail body parts to government officials.

Despite the group’s continued commitment and devotion, much of the family-like atmosphere vanished. There was high staff turnover.  Failure rates skyrocketed. After 3 stints at the school, I left for a regular school.

A shell of the school still exists. They still have some good teachers, but they do not offer biology, chemistry or physics. It has, in fact, one of the worst Fraser Institute ratings in the province. It’s never crossed anyone’s mind to bring back the ghosts of the past.